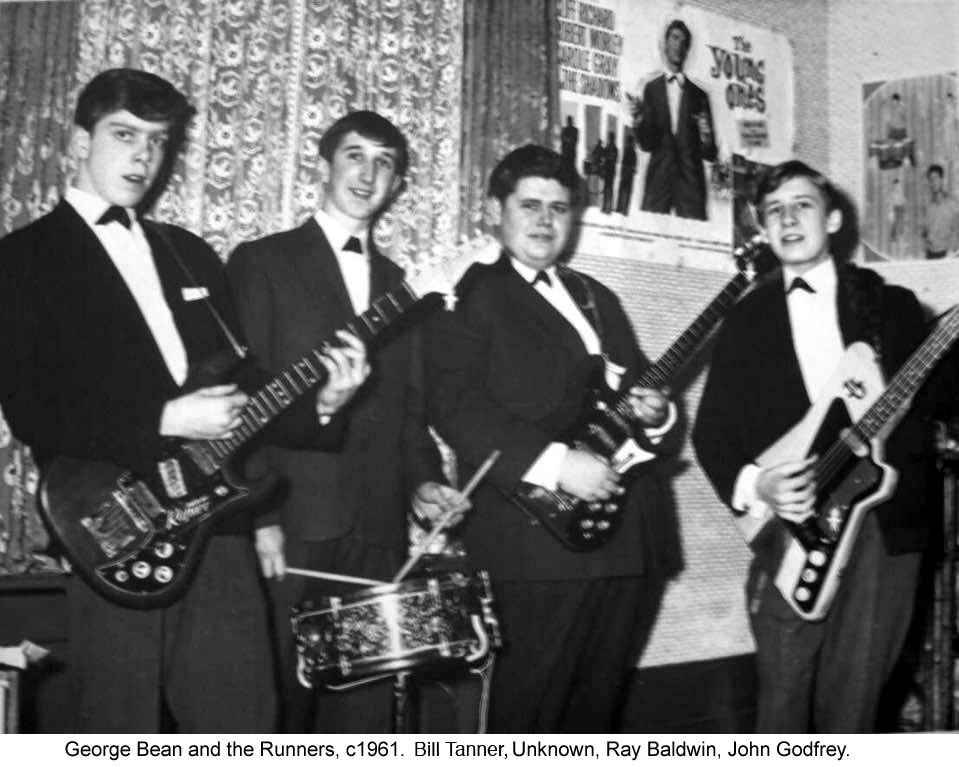 Two brief letters from Bill Tanner who is photographed in the Barnsbury group above.

My name is Bill Tanner I went to Barnsbury School for Boys, Camden Road, it was a time that I was in the Band featured. I seem to remember we played on the stage in the main hall, I think it might have been at Christmas, although I am not too sure - "Old Timers Disease" !! lol)

I am on the left of the picture featured, I played rhythm guitar, next to me is our then drummer (John? his name eludes me now), next to the drummer is Ray Baldwin on lead guitar and finally John Godfrey on Bass guitar, John went on to join the Mungo Jerry Band,

I now live in Poole Dorset and have played in a few Bands here until recently (only for pleasure, I think I am too old to Tour now!!)

In my class at Barnsbury School for Boys I had two good friends who were Brothers, Lincoln and Dervan Gordon, I met up with the Brothers after we had left school, and as I was in a Band at that time, they suggested to me that I meet their Band manager at his recording studio in Finsbury Park, as we were involved with a recording studio in Holloway Road.  I declined their offer, only to see them in later years on TOP OF THE POPS on TV with Lincoln playing lead guitar and his Brother Dervan singing in a hit Band called "THE EQUALS" with many hits such as
"Baby come Back" etc.,  Eddie Grant subsequently joined the Band and also had many hits with the Band.