tales of our odd jobs as schoolboys 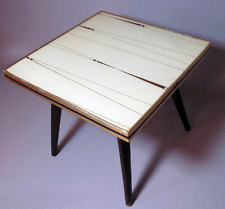 My father had tried to encourage me to work as casual labour and bring home some cash to help Mum with the family expenses. A few of my friends did paper rounds and the late Phil Davies (a GoBB) worked in Crossmans, the record shop near Pugh Brothers hardware store in Holloway Road. Dad finally found me a Saturday job at the Woolworths department store located in Chapel Market. Paperwork had to be completed and a National Insurance number assigned. This meant going to the Labour Exchange building and being issued with my ‘cards’ for the employer to add the insurance stamps.

I reported for work early and met Mr. Barnes, my supervisor. No first name terms – he was to be referred to only as “Mr. Barnes”. To say the least he was tyrannical; holding sway over all the lowly personnel. My duties were specifically to help keep the store clean and perform any odd jobs assigned by him.

At the back of the store was a device called a baling machine. This was basically a large press that compressed a stack of disassembled cardboard boxes into a cubic bale for recycling. One of my jobs was to collect the cardboard packing boxes and break them down flat, then stack them in the baling machine under the big ram that descended on a worm screw. There were no safety features on this machine – no PANIC button, no guards, etc. Once the bale was compressed to the appropriate size, four lengths of wire were manually installed around the bale and secured. The ram was fully retracted and I had to physically move the bale to a loading dock for collection. Not being very robust, this chore took a lot of effort.

The day consisted of a great deal of mindless ‘grunt’ work such as sorting out returned empty pop drink bottles into their relevant crates for refunding. At certain times of the day, I was required to sweep all the floors and dispose the accumulated rubbish. Initially, my technique of sweeping wasn’t to Mr. Barnes’ liking – not vigorous enough. So after a lecture I put more muscle power into my sweeping to satisfy him. This routine was necessary at the end of the business day after the doors were locked. Following my sweeping another employee applied a liquid disinfectant (probably carbolic acid) onto the wooden floorboards and mopped up the excess. I could hardly wait for knocking off time as I was absolutely exhausted – all for one pound (£1/0/0d) a day gross, or 17/6d take home pay.

One unusual event occurred. I was instructed to deliver a coffee table to a Mrs. Sanderson in Lewis Buildings. Lewis Buildings consisted of blocks of flats next door to where I lived. The table had a glass top and the legs had been removed for ease of packaging and I was obliged to carry the package all the way from the store along the Liverpool Road to Lewis Buildings – a distance of over a mile – and the package was very heavy. Eventually reaching my destination in a state of exhaustion I then found that I had to climb sixty-five stairs to the top floor! I knocked at the door and Mrs. Sanderson opened it. At the same time a youth appeared behind the lady. I immediately recognised him as an old school chum, James “Sandy” Sanderson, and said, “Hello, Sandy. How are ya!” I am sure he replied and that we chatted a bit, but try as he might, when Sandy and I began corresponding via Friends Reunited and I mentioned the occasion, he claimed amnesia and to this day says that he cannot recall the incident at all.

After a few Saturdays, my mother started to become concerned with my exhausted condition as a result of the day’s work. She was even less pleased when I told her that one of my duties was to take the daily cash takings to a nearby bank. The money was put into a locked attaché case and strapped to my wrist. Mum envisaged that I would be robbed; perhaps injured, and was seriously considering that I should give up this job. However, things came to a head when the store’s management wanted me to work full time during my school holidays. Mum told me to refuse this request and I was summarily fired on the spot (“We’ll have to give you your cards” is the euphemism) – actually much to my relief.
John Tythe

Desperate for more dosh in 1964, age 14, I trawled the local newsagents for a paper round. All I could get was delivering papers on SUNDAY!!!

The shop was in Theberton Street. Not a huge round, it covered from opposite St. Mary’s Church in Upper street and along to Islington Green. All of Theberton Street, Gibson Square and bits of Milner Square and just one house next to Mad Mary’s house in Cloudsley Square. (Ed. What is the story with Mad Mary? See below for John's answer.)

Then as now, Gibson Square and Theberton Street were on the way to being a bit posh and to prove it the residents liked to take the Sunday Times and the Observer, not or  -  AND!! It soon became apparent why the weekday paperboy wouldn’t do Sundays – those papers were  heavy with supplements. Only one customer made the job easier – Paul Jones from Manfred Mann. He requested that the papers were thrown down the Airy, under the front steps. Thanks Paul!

Still it got me five bob to spend, so not all bad.

In 1965 I got a Saturday job in J. Sainsbury, Chapel Street Market. The job consisted of shelf stacking (I still stack tins in straight lines) and packing on the checkouts. It was a rarity then, for someone to spend a fiver on shopping - they got a free paper carrier bag if they did, otherwise they were charged 6d.

One day I was put in charge of what would be now known as the Deli counter, cooked meats and pies. Off with the white dust coat and on with the white, catering double breasted jacket, with black buttons and the wrap round apron. Cool, the only Saturday boy Salesman in JS.

No barcodes in those days, products packed in store were given secret codes on the price label to date and time them.
Secret Code Number One:
Starting with Monday am, then Monday pm, the code was: J-S, then for each following day, F-O, R-Q, U-A, L-I, T-Y.
Secret Code Number Two:
On pre packed foods like pies and sausages the price was printed in a different colour for each day, starting with Monday: Black, Blue, Red, Green, Yellow, White. That was how the stock was controlled.

After the May/June CSE Exams in 1966, I left Barnsbury and went full time working for JS until I started in the GPO at the end of August. The JS manager begged me to stay, offering to put me on a management course as an enticement, but JS were only paying £6/0/0 a week and it was 8/6d more at the GPO.

I often wonder how things would have worked out if I had stayed. Life could have been very different. But I think I made the right choice!

A large, lumbering, unkempt and smelly woman. She lived in a corner house in Cloudesley Square and carried a shopping bag with a couple of bricks in the bottom of it. She would roam the streets around her house, Upper Street, and Theberton Street is where I would encounter her. All the kids knew who she was and would run screaming in terror if she came nearby. If you looked at her, she would come after you and swing the shopping bag at your head. I don’t remember anyone being hit though. She once chased me into the butcher’s shop in Theberton Street (R Hellens) and he saw her off by wielding a large knife and threatening to call the police.  Yep, that was Mad Mary.  A woman named Mary, who was off her head.
Powered by