An unintentional outcome of presenting a Barnsbury Boys School magazine online is the fact that we are also writing a social history of life in London in the middle of the twentieth century for posterity.

Our school lasted sixty-four years and I can honestly say that going to the school meant nothing to me, while leaving it was a relief. It was just what you had to do as you grew up. I know some people will differ with my opinion and that is fine; who said we were all the same?

Co-editing our magazine has made me realise that many of us had hard childhoods: no indoor toilets, no bathrooms and coal fires in the winter which heated just one room. A hot water bottle to take to bed wasn’t a luxury, it was a necessity.

Then there was the abusive or drunken parent, they were always kept hidden. At least they were in the buildings that I grew up in. Family business was never discussed outside and God help you if you let something slip. Families who bragged about their ducking and diving or whose children got into trouble were practically ostracised by their neighbours. It was looked down upon, unlike today where taking the micky is a universal pastime.

Our lives were structured, from home to school and back again. Saturday was football for some and chores for others. Sometimes both. I well recall not being able to go downstairs to the grounds on a Saturday because my only pair of jeans were being washed. Come Sunday you really did wear your best clothes. It was de rigueur. One summer when I was about thirteen or fourteen my father insisted that I was bought his version of sports clothes to wear. Oh, the embarrassment. My best mate had a bum-freezer, three-button, Italian suit. Lesson learned: I got a paper round, then two. My money - my money so I could buy my own clothes.

We relate these tales when we respond to the various emails that circulate to all the members. We tell it as it was, as it took place. You cannot bulls**t us as we were all around when these things happened. From corporal punishment at school, personal histories, what we did when we went to work, how we spent the money we earned, bespoke suits, scooters and music. I could go on. But the point is, without really knowing it, we created a social phenomenon; young people with money to spend and places to go, and thus, we became the voice of the sixties. The unrecognised power of it. For ordinary people, it subjectively became the best decade of our lives. We lived through a time of creativity where we all played a passive role yet became part of the tapestry.

Now we write about it in our magazine and just recently, as another birthday looms, I realised that our magazine might hopefully be recognised one day as a true voice of us baby boomers brought up in the inner London Borough of Islington.

Islington, London, 1958. It is the long summer holiday and for me, the transitional period between junior school and senior school. Many of my friends are, of course, in the same position; some are unhappy about where they have ended up - as are their parents. Letters are sent and interviews made, all to no avail. Most though, including me, are indifferent to where they will be going. The prevailing philosophy, though we would not have recognised such a thing, was that everyone was, or eventually would be, in the same boat and you just got on with it.

We lived in Lewis Buildings in the Liverpool Road and that meant kids, lots of kids. Later we were called baby-boomers which would be somewhat meaningless until you consider how many schools there were in Islington at the time and how many closed when the birth rate fell. Not for ‘them’, the Education Authority, the concept of smaller classes and therefore closer, more personal tuition. No, money was involved (plus ça change) and that meant keeping the class sizes at thirty children or more and in turn, that meant closures. Can you imagine a class of fifteen kids all getting the education they deserved throughout their school years? A teacher reaching out and explaining what a good, rounded education could do for you? No? Me neither. What really mattered though, was the fact that you would have been treated as more than just one of many and that in turn, begs the question where would your life have gone if that had happened?

You now recall the good teachers, and just as easily remember the time-servers whose indifference towards you was matched evenly by your own. No point in again mentioning the bad masters; they stay with you forever.

So in those closing years of the fifties where summers lasted forever and winters always brought chilblains, you lived for the moment because you did not know any different. The strict upbringing you lived with, home, school, peer pressure and any extracurricular activities you might have participated in, such as scouting or the Boys Brigade, saw to that. (sex came later) I was lucky living in my small world; cocooned, you might think. September changed all that.

Three hundred Islington boys - first-years - faced reality in their new school, Barnsbury. There were approximately thirty boys in my year at Laycock. From thirty to three hundred. Swamped. Just a surname - if you were lucky. More often than not it was a shouted, You! or Boy! You stopped just in case you had done something wrong. Like laughing or playing around. Like acting your age. Reputations then had to be established, pecking orders a given. Lies told and embellished. Uniforms. Testosterone-fuelled second-year and third-year lads ever ready to demonstrate their dominance if you crossed an imaginary line. Can you imagine the statistics, the demographics? No, I won’t go down there. Not fair on so many. If you were good at sports you stood a chance. You were accepted. One of the lads. Spare a thought for the loners; the ones who were different. Yes, they were there; you might not have noticed them much, maybe a passing thought as they crossed your path, but they were there.

In junior school all was accepted because you were together from a time you could no longer remember. Things just were. Nothing new, just security. Walk out of the gates of the buildings and you were in school. Out of your home, two or three streets and you were there at school as well. Some came from further away. Parents’ choice, no doubt. No matter. For five or six years you saw the same faces, young and fresh. Same teachers, older and definitely not so fresh. Some with peculiar habits.

How many classes in a year? How many kids per class? Teachers repeating themselves ad nauseam. Bored and frustrated. Both. Them and us. Beyond the age of twelve, when nearly all of us could read and write, what else did you learn? When it came to our working lives, we learned the hard way, like everyone else. We stood on our own two feet to get what we wanted. To get as much as we could realistically hope for. We learned on the job.

Now there is the Internet and we Islington boys have a website. No frontiers. One year on. More members, more tales, more photos and the more the merrier. We meet, we remember. Events, fifty or more years ago, easily spoken of like it was yesterday. Some things you never forget. The little triumphs, the embarrassments and the moments where you wish you could turn the clocks back and do it all over again. This time you’d do it right of course. You would be the hero. You’ve got to laugh because you all know what I mean. That was our time, or the beginning of it - and we were all there together.

Copyright is with the authors. Any errors are entirely accidental and will be corrected as soon as notified. Opinions are the authors and not necessarily those of the editors. 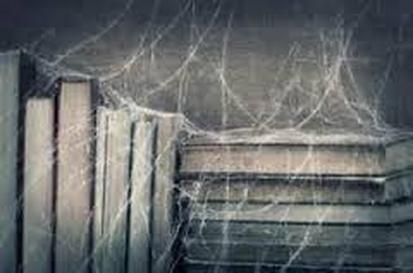 Articles that are no longer current will be housed in this section. Nothing will be thrown away; your words and memory remain.
Powered by