Barry Page
I thought this might be interesting to those who knew the Club Tempo at Highbury Corner in the late 1960s. It used to be the Temperance Billiard Hall.

“ … A significant and exciting club and cabaret development was heralded last week by the opening of the Club Tempo at Highbury Corner, Islington. Club Tempo, formerly a billiard hall, was opened in 1967 by Ray Grehan, a Scottish entrepreneur who was based in Newcastle Upon Tyne.

“Honour of being the first star to play this 230-seater fell to Lonnie Donegan, whose last live appearance in town was a deplorably long time ago. While headlining in provincial clubs and theatres, Lonnie has developed into an entertainer of such ability, particularly in the comedy line, that it is almost impossible to believe that he is the same person who once strummed the banjo and guitar in Chris Barber's band and rode to fame along the "Rock Island Line”. … “

Griff Lewis
I have vague memories of going to see the Lonnie Donegan appearance with James Sanderson that night. Can you confirm please, Sandy?

James Sanderson
Sure can, Griff.  Friday night. Good night out. Lonnie D. was excellent. We were members if my memory serves. Saturday night, took a friend, ate chicken in a basket. Good value. Took her home. Good value. Saw Gerry Flanagan there and had a drink with him. Did not realise it was 1967, thought it was earlier. [Lonnie wrote, “I’ll Never Fall in Love Again”, recorded among others by Tom Jones, Elvis Presley and Timi Yuro. Not a record that is associated with him, but such an excellent song.]

Johnny Pearce
Was much better as a billiard hall. Could get a nice cup of tea and a lovely steak and kidney pie in there.

Roger Osborn
Warm memories of the billiard hall and the delicious rat pies.

I remember playing Stanley Bennett (of Lewis Buildings fame). Stan was affectionately known as The Bustler as he used to smash the balls as hard as possible! [The connection being the film “The Hustler” starring Paul Newman which came out around the same time? - Ed]

Did the Kray Bros own a club in Seven Sisters Road between Hornsey Road and Finsbury Park?

Micky Isaacs
This is an incident I remember when I lived in Finsbury Park and might be the establishment referred to, nothing to do with the Krays though.
http://www.capitalpunishmentuk.org/rmarwood.html

John Prysky
Very interesting article, Micky. I can remember passing Pentonville Prison on the way to Barnsbury School when hangings were being carried out, and I remember that there was always demonstrators outside. Afterwards they hung a board outside the main door saying that the hanging had been carried out. Not all my childhood memories are good ones.

Johnny Pearce
I remember that as well John. They got on top of the bus. I think it was Ronnie Marwood that they was hanging. A local man from Huntingdon Street if my memory is OK.

Ken Pratley
Gentlemen, as the subject of the Kray twins seems to have cropped up, it may interest you to know that ex-Barnsburian and good friend of mine, David Proctor, and his wife Sue, lived for several years in the Kray’s country retreat at  'Hollyberry' (I don't know if this was the original name).

Raymond Silk
The Krays had this nightclub in Amhurst Road, Stoke Newington called the Regency.

Martin (Bertie) Worster
Thank you, Ray Silk for the Regency club doorway. The club was owned by the Barry brothers but “overseen and minded by the twins.” In my early 20s after the pubs closed, I recall going there with a few friends first to have a Chinese meal in the side section and part of the Regency run by a sweet Chinese lady called Doreen.

There was live music, singing and dancing with fighting a rare occurrence for the obvious reason. Around 2 a.m. for those still there everyone was shuffled to the basement behind double doors to “enjoy“ further drinks. It was quite scary being locked in wondering how to get out quickly if trouble erupted.

Interesting memories which I am sure other members would be familiar with. 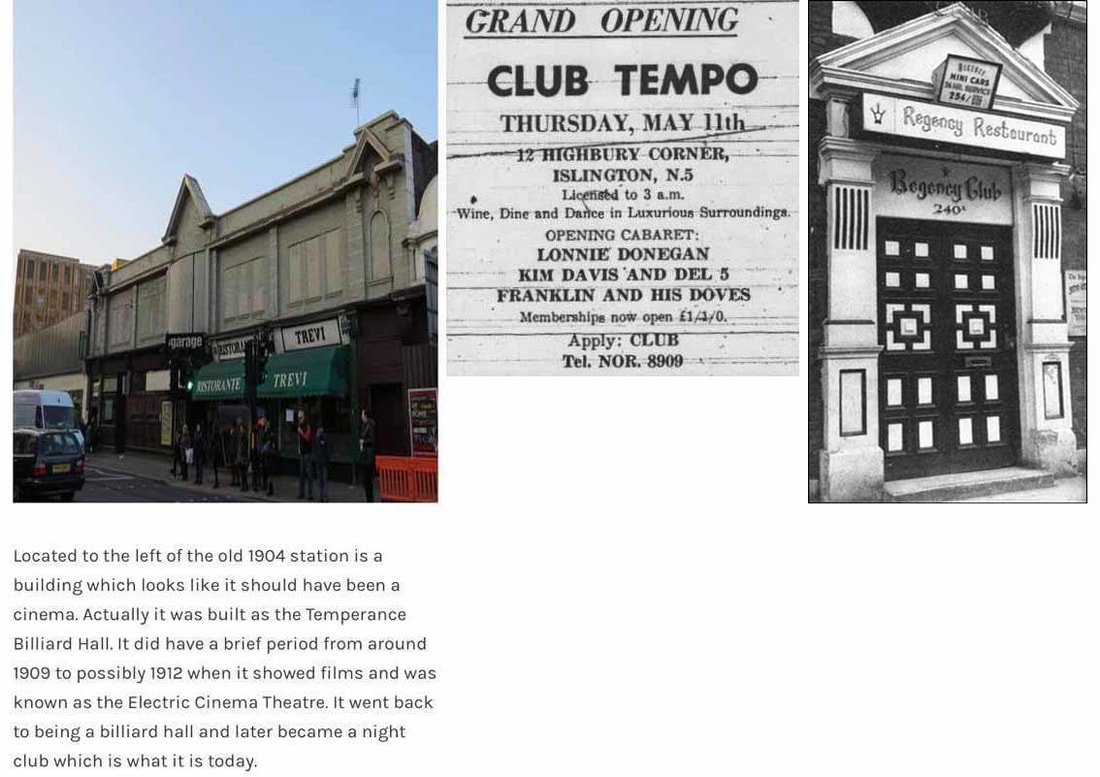