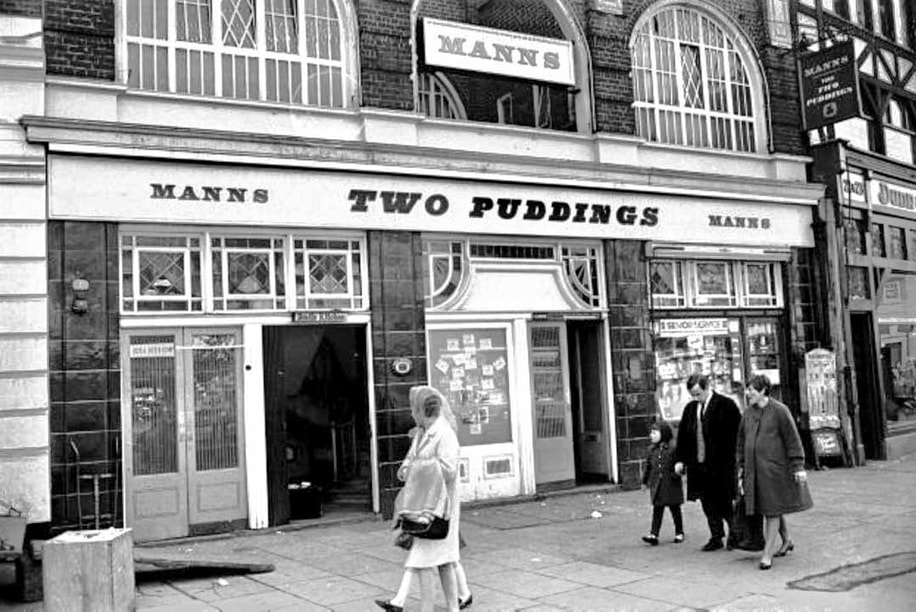 The Two Puddings pub, 27 Broadway, Stratford, E 15, was a popular venue for young men to congregate for a good time. The pub had a reputation as being ‘rough’, to the extent that the locals nicknamed it The Butcher’s Shop on account of so much blood spilled in bar brawls. Still, it became well known as Britain’s first disco and presented a distinguished roll call of musicians including The Who – though the pub never quite shook off its violent notoriety. In the words of its licensee, Eddie Johnson, “ … It was ear-splitting music really and we were the first pub to have UV. We called the club the Devil’s Kitchen and got a licence till two in the morning, and it was ever so popular. People came from far and wide.”

In the photo, courtesy of Tony Bernie, and taken at the Two Puddings in 1967, are Tony Bernie, Michael “Mick” Donoghue, Steve Edwards and David Lamb. All these chaps are graduates of Barnsbury School for Boys and attended from 1955 to 1960. Unfortunately, Mick Donoghue passed away in 1993 of mesothelioma, he was 49. Mick’s obituary appears in the relevant section on this website. 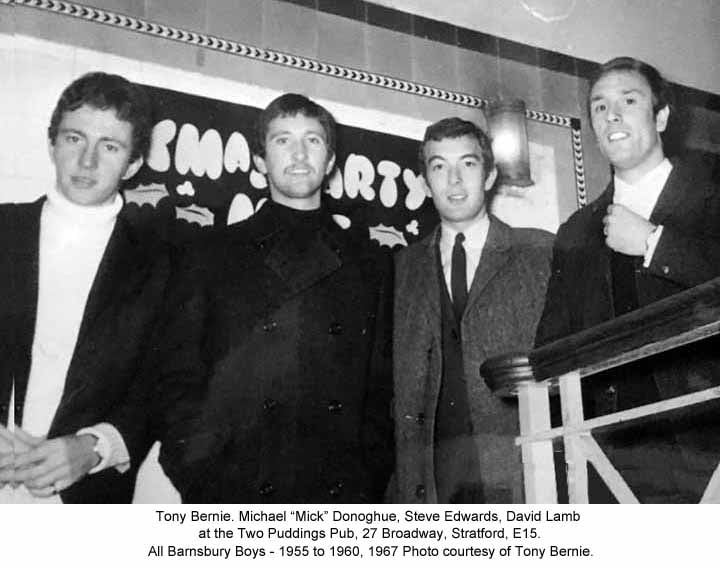